Recently, encouraging numbers from the economy have improved prospects for veterans seeking to enter the job market. According to the Bureau of Labor Statistics, unemployment for former servicemen and women reached its height at 12 percent in 2011. Since January of 2015, it has fallen to 7.2 percent. While this is still above the national average, which as of April 2015 was 5.4 percent, but there are several variables that must be understood to explain this discrepancy. While there is still a ways to go in bringing the unemployment rate of veterans down to the national average, there has been a steady reduction in the overall unemployment of veterans. In coordination with a rise in recruiting efforts from private sector employers to find skilled workers who formerly served in the military, veterans' advocates are starting to see, with confidence, that hiring a veteran is no longer perceived as simply a patriotic contribution to society, but savvy business. First Lady Michelle Obama has been working extensively to provide support for military families, and her efforts have not gone unnoticed. Many fortune 500 companies, such as Verizon, are offering job-seeking assistance programs offered at job fairs spread throughout the country. While an important framework for assistance in finding employment for veterans is steadily growing, there is also much more that needs to be done. 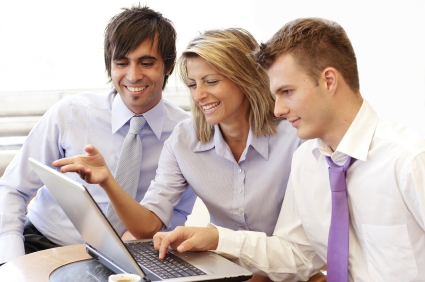 There are several factors that are out of a veteran's control to be mindful of when looking for work in the civilian world. First, you may be returning home to a region of the country that is dependent on a specific economic engine that may be more harshly affected by hard times. For example, places like West Virginia and Kentucky, who have a rich tradition of coal mining, are seeing an ever increasing number of actual mining companies, which provide steady work for people with a lack of formal education, shut down. Another factor to consider is that many of the younger veterans, who are coming home from active duty, have not entered the civilian workforce, and may have a more difficult time figuring out how to translate their military training into civilian workforce skills. While these factors are beyond the control of the individual veteran, there is one skill that they can take upon themselves to build upon, and can boost their chances of attaining steady employment: networking.

Networking is an invaluable asset that can broaden job prospects within your reach. As a veteran, there are many non-profit organizations that provide assistance with job leads and training, such as the Iraq and Afghanistan Veterans of America organization. If such a large scale organization feels a bit too impersonal, you should start small, and focus on networking with the people you know personally. Don't feel intimidated if you don't have much experience in the civilian workforce, as your military training has provided you with excellent preparation and experience that is invaluable to employers. Someone you may know may have an inside track to a company that might be a great fit for you. By networking, you can make your presence known, as well as establish the fact that you are actively seeking work. Also, you may find a free source of helpful, and constructive criticism for preparing a resume before sending it out to a potential employer for their consideration.

The one universal tip for success in networking is to always be cordial. People will not go out of their way to be helpful to someone who is rude, or impatient. Networking will take time for people to build not only their trust in you, but to gage your personality as well. Remember, someone acting as a reference or putting in a good word for you is also making a statement about themselves. They are putting their judgment of character, and therefore, their reputation on the line for the person they are introducing or recommending. Applying for jobs is a tedious and repetitive process that may take a long time, and you should use that time to not only work on applications, but networking and building connections.

The job market is extremely competitive, and a great way to distinguish yourself and gain an advantage is through successful networking. You never know when a contact of yours will pay off, so it always pays to dependable, and courteous to everyone you encounter.