What Companies Can Learn from Military Teams 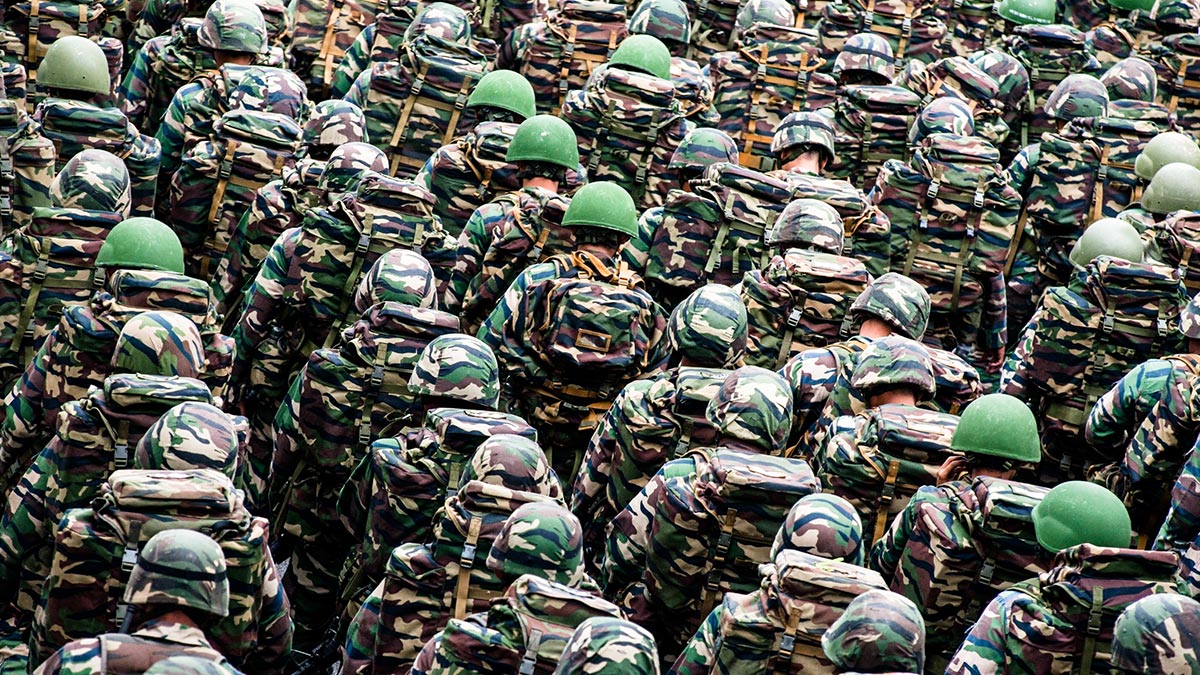 When Gen. Stanley McCrystal took charge of the U.S. Joint Special Operations Task Force in 2003, he recognized that traditional tactics of warfare were failing in Iraq. Leading this inter-service team — which included Army Rangers, Navy SEALs, and Delta Force — he needed to find new ways to disrupt Al-Qaeda and get these disparate branches of elite U.S. soldiers to work cohesively. In the new book Team of Teams, McChrystal describes the lessons he learned (and applied) in Iraq and Afghanistan, as well as research and examples from other fields (including sports, aviation, and emergency medicine) on how teams have learned to work more effectively. (The book is co-authored by his colleagues Tantum Collins, David Silverman, and Chris Fussell.)

Since his retirement in 2010 — brought about by intemperate remarks about Obama officials made by McChrystal and his aides in a Rolling Stone article — the former general has taught leadership at Yale University. He’s also founded a consulting firm called CrossLead. I talked to him about what businesses can learn from the military model. Here’s an edited version of our conversation:

HBR: How did the way the military builds teams change between the time you joined the U.S. Army, in the late 1970s, and the early 2000s when you were leading forces in Afghanistan?
McChrystal: When I joined Special Operations as a Green Beret, we were already pretty good at operating as small teams — say, up to about 20 guys. Inside those teams, you had a chain of command, but you also had a more informal set of linkages. You had constant interaction — the ability to not just hear what people say, but see their actions up close. You get a level of familiarity with teammates, and they get in-depth knowledge of you, too. This informal set of interactions is really the magic. The more powerful those informal interactions are, where all it takes is one glance between one person and another, that’s how you go from command and control to organic movements.

You talk about “trust” as the key element in high functioning teams. How can you accelerate the establishment of trust?
Trust does take time, but it doesn’t have to take time between you and me personally. This is the idea of scaling teams. You trust certain things. If you’re driving on a highway and you’re hungry, and you see a McDonald’s sign, you might decide to go there because you’ve developed a level of trust in McDonald’s, even if you’ve never been to that specific location. In the same way, as you try to build trust inside a team, you try to make trust transferrable.

Let’s say you’re a Navy SEAL and I’m in the Army’s Delta Force. I may not know you personally, but I know some SEALS, and I know how they operate. I know your expectation of me, and you know my expectation of you. We have this understanding that I trust in the values of your organization, and the track record of your organization, and I transfer that trust to you if you’re wearing the right patch and have the right pedigree … [But] it does take a certain amount of personal interaction with people from the organization.

When you take on a new leadership role, what do you do the first day to try to jump-start trust and team-building?
You come with a reputation, but the reputation doesn’t necessarily include trust. It includes an assumption of competence. Sometimes it includes negative things. People might be afraid because they hear you’re a hard-ass. Regardless, the number one thing I try to do is develop personal relationships with key people in the organization. I try to exhibit trust in small ways. In a briefing, if somebody asks me for a decision, I might turn to a subordinate and ask them to handle it. I don’t ask for specifics, and I’m very overt — almost theatrical — about it. Everybody else sees it. The message is: “I trust you guys to handle this stuff,” and that can grow virally throughout an organization.

As a general in Iraq, you went on risky nighttime raids with troops. Why?
Three reasons. First, if you’re putting people in harm’s way, it’s helpful to regularly put yourself in harm’s way. They don’t need me on a mission — I’m not adding value — but accepting some level of common risk with them earns respect. Second, you have to see up close what’s actually happening. You can get descriptions, or watch it from a drone on an HDTV, but you don’t see the faces of the Iraqis. You don’t hear things. You don’t smell things. The last part is there’s a certain theater to commanding. People have an expectation of commanders. You can define your expectations any way you want them to be. A lot of people hear about you more than they directly see you. In a big organization, soldiers may only see the commander on a videoconference, or very occasionally in person. And some of the things you do — like going on missions — help to define you as a person and make clear what set of values you think are important.

Special Forces spend a lot of time rehearsing missions, but as you point out in the book, war has become so unpredictable that the value of rehearsal seems to be diminishing. How should training evolve in that situation?
I still believe in rehearsals, but I’ve learned they have a different value. When I joined the Army Rangers in 1985 we’d rehearse airfield seizure operations — we’d parachute in wearing night vision goggles, and take the field. It’s a pretty complex thing, and we’d do it over and over. We’d have contingencies in case things went wrong, but we were always trying to make things as foolproof as we could. The longer we did it, the more I realized the value of rehearsal was not in trying to get this perfectly choreographed kabuki that would unfold as planned. The value of rehearsal was to familiarize everybody with all the things that could happen, what the relationships are, and how you communicate. What you’re really doing is building up the flexibility to adapt. I’ve never been on an operation that went as planned.

Many companies lack an overarching mission that can really bring people together the way the military’s mission does. So are the lessons of military team-building really transferrable to the private sector?
The lessons are hugely transferrable. I’ve spent the last five years on the commercial side, and it’s much less different from the military than I’d expected. The perception of the military is that we’re always on a razor’s edge, operating in dramatic environments, and making extraordinary decisions. Yes, there is a fair amount of that, but that’s more TV and movies than day-to-day. The things that make the military so good and able are very basic things, such as building levels of relationships and understanding capabilities.

I find leadership in the commercial world is extraordinarily similar. There are differences. Military leadership is easier. Money is not a factor — Congress decides what people get paid, and you can’t [decide on your own to] promote your own people, so no one asks for raises. And even if you work for a great company, it’s hard to [make the mission statement] as simple and compelling as the military’s is. So in some ways, the military has it easier. In other ways, civilian companies can be more adaptable and nimble. They’re aren’t burdened by the level of law and regulation and bureaucracy that the military is.

Dan McGinn is a senior editor at HBR.