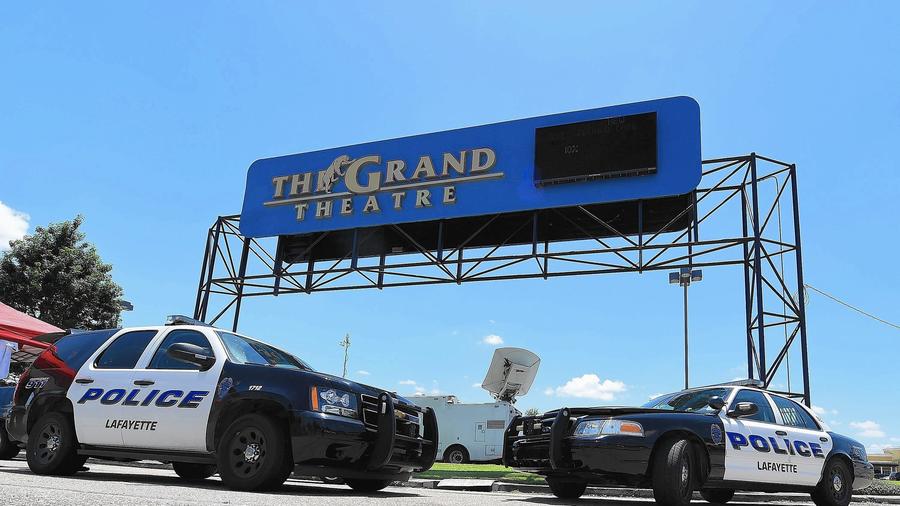 In Lafayette, La., police work at the multiplex where a gunman killed two and wounded nine others. (Stacy Revere / Getty Images)
By DANIEL MILLER

Moviegoer Melissa Holt took in a screening of the animated film "Minions" at the ArcLight Cinemas in Hollywood on Friday with little worry about her safety.

But the day after the deadly shooting at a movie theater in Lafayette, La., Holt said she'd be OK with additional security measures at multiplexes.

"If that's something they need to keep people safe, they should do it," said Holt, 42, a cinematographer. "I could see how you could sneak in with guns."

John Russell Houser, a 59-year-old drifter, opened fire at Lafayette's Grand Theatre on Thursday night, killing two people and injuring nine before turning the gun on himself and ending his own life, according to authorities.

The incident renewed the debate on security that began three years ago when a gunman opened fire in a movie theater in Aurora, Colo., killing 12 and wounding 70. 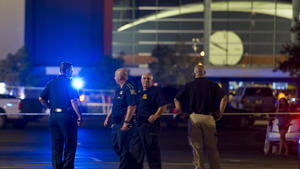 Beefing up security at the nation's 5,000 theaters would be expensive. Walk-through metal detectors, for example, can cost about $5,000. In addition to the price of such devices, security systems require training personnel and paying their wages.

Maintaining a strong security installation at a multiplex could cost between $250,000 and $1 million annually, according to security consultant Michael Dorn. Such a system would include metal detectors, X-ray machines, workers to operate those devices and additional armed security.

"There's a difference between having a metal detector at the door and actually having effective screening," said Dorn, executive director of Safe Havens International, a nonprofit that consults with schools and other facilities about security. "My fear is that we may see theaters throw in metal detectors without proper utilization."

Representatives of the major theater chains did not respond to requests for comment Friday, but any changes that threaten to make the moviegoing experience less smooth would probably meet industry resistance.

The theater business has seesawed in recent years, with box office receipts eroded by new entertainment platforms. Consumers are increasingly staying home, enjoying video-on-demand and home entertainment technology that has made watching movies from the living room an immersive experience.

The total domestic box office take fell 5% to about $10.3 billion last year. However, this year, blockbusters such as "Furious 7," "Avengers: Age of Ultron" and "Jurassic World" have lured audiences back into theaters. Such films still draw people to the multiplex in droves. 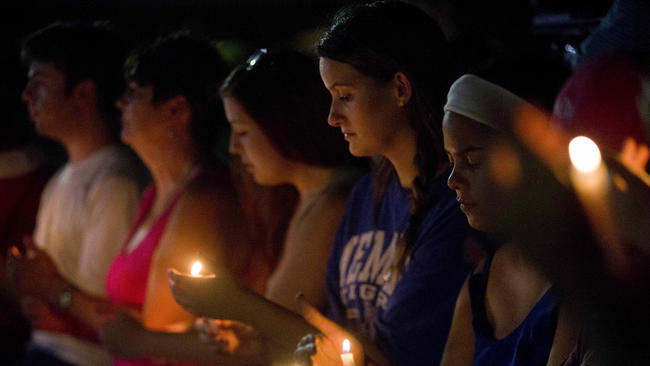 Mourners attend a vigil to honor the victims of Thursday night's shooting at The Grand 16 theater in Lafayette, La.

A resident leaves flowers at a makeshift memorial outside a Layfayette, La., store owned by Jillian Johnson, one of the victims killed at a theater.

"Audiences today understand that in the world we live in, safety is a high priority," said Paul Dergarabedian, a senior media analyst at Rentrak. "But to suddenly put a metal detector in every theater — I don't know if that is an overreaction or the appropriate response. It's a conundrum of major proportions."

The Lafayette shooting occurred during a screening of "Trainwreck," a comedy starring Amy Schumer and Bill Hader that is in its second week of release. Analysts do not believe the incident will hurt business at cinemas across the country this weekend.

In the aftermath of the Aurora shooting, the National Assn. of Theater Owners worked with the Homeland Security Department to increase security at multiplexes.

Theaters were given simple directions, such as to ensure emergency plans were up to date and sensitive areas were properly secured. But, outwardly, not much has changed since then.

Most cinemas in the U.S. don't have metal detectors or extensive security checks, and moviegoers can still wander around the multiplex without fear of raising suspicion from employees.

Theater security could also be affected by litigation filed after the Aurora shooting.

Cinemark, the owner of the theater where the attack occurred, faces several lawsuits filed by victims or their family members. Those cases have alleged that Cinemark should be held liable because of inadequate security.

Twenty lawsuits representing 40 Aurora victims or their family members have been filed against Cinemark. The cases are now consolidated, and the civil trial is scheduled to begin in July 2016.

Attorney Christina Habas, who represents 18 victims and families, said the Louisiana shooting should force people to think about "how vulnerable they are when they attend a movie."

Still, some moviegoers aren't so sure more security is necessary. 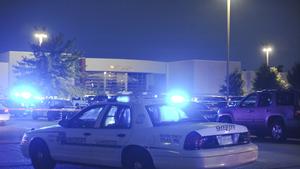 Lafayette movie theater shooter 'had hate in his heart'

"I'm not worried," said Hector Carias, 37, who took in a Friday morning showing of the superhero picture "Ant-Man" at the ArcLight. "I don't really think I'd want additional security measures. That would change our way of life. Bad things and crimes are going to happen, but we can't let them change our American way of life."

For moviegoers who don't want intrusive safety protocols, more security could make visiting a movie theater an enervating process. Although people are already accustomed to passing through metal detectors or other screening devices at airports and sports arenas, Dorn said, the nature of visiting a theater could make their use impractical.

"At places like a theater, you get large surges of people in groups," he said. "It's not a steady flow, like an airport. Say you get several hundred people showing up in a 30-minute window. Patrons are going to have to wait 15 to 30 minutes."

Whether or not tougher security measures are mandated, Habas said, the threat of violence in a movie theater clearly remains.

"I am certain that everyone who was in that theater in Aurora was hoping that was the last time it happened," said Habas. "They are heartbroken for the folks in Lafayette."

Posted in News By