Memorial Day Offers A Chance to Honor the Fallen 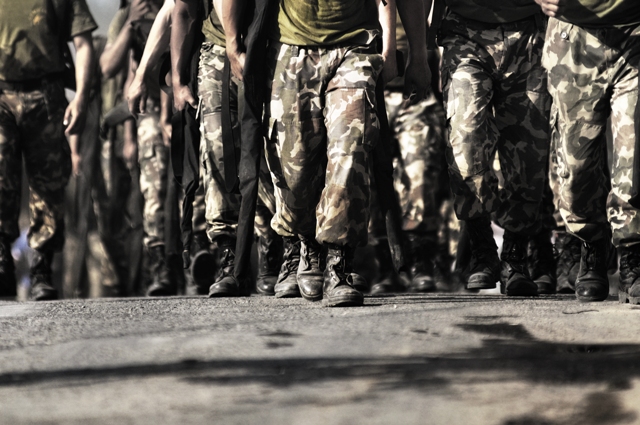 Memorial Day is a Federal Holiday that honors American Soldiers who died in war, and traces its roots back to the 1860s when Veterans of the Union Army, in an organization known as the Grand Army of the Republic, established a day known as "Decoration Day," and would pay tribute to the memories of soldiers who were killed in action in service of their country by placing flowers at their graves. By the 20th Century, conflicting efforts in Southern States to honor fallen Confederate soldiers had merged into the same day made by Union Veterans, and Memorial Day was established on the last Monday of the month of May. On this day, the American flag is raised to the top of the staff, and then lowered to half-staff position until 12PM, when it is then raised again to full-staff. Across the country, there are many parades held in honor of fallen Veterans, and in Arlington National Cemetery, our country's most famous military final resting place, the President will traditionally lay a wreath at the tomb of the unknown soldier, and offer a reflection on the ultimate sacrifice so many Americans have made for our country since the dawn of the Republic.

Maybe you have ancestors who died in service of their country, or grandparents, or some form of relatives who have made the ultimate sacrifice. Take the time to acknowledge their service, and be thankful that it has contributed to safety you enjoy on a daily basis, and the many opportunities afforded to you. Just one look at the international news will make anyone appreciate the safety we are blessed with in our country. Hanging up an American flag, putting a ribbon on your car bumper, or simply making some traditional American food is not an empty gesture if you truly take the time to appreciate the sacrifice so many people have made for this country. Perhaps the best way to honor the fallen is to live your life as best you can, and take advantage of the opportunities afforded to you that those who have died in years past dreamed about passing on to their loved ones. Never forget the courage with which so many Americans made the ultimate sacrifice, and their memory will always be honored